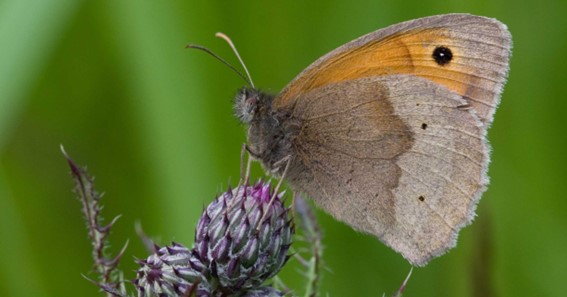 What Are The Examples Of Coevolution?

What do you know about coevolution? Do you know the examples of coevolution? The answer may be yes or no. But, you all should read this article, because it adds plenty of knowledge regarding coevolution to your previous knowledge. We all know that organisms that are ecologically intimate, like hosts and parasites or predators and prey, impact each other’s evolution, we say that coevolution is occurring. When you look back and observe our ancestors, then you may find tremendous changes, this is coevolution. For the sake of survival and to save a life from enemies, and predators every animal needs to evolve by modifying some features, thinking, etc. without further discussion, we should move on to the examples of coevolution.

What Is The Coevolution?

Coevolution is a vast term but you can easily understand its definition. Overall, coevolution is the process of reverse evolutionary change that occurs between pairs of species or among groups of species as they interact with one another. For example, birds are the large predators of butterflies, you all know that. To fight against birds, butterflies evolved by developing an ability to store poisonous chemicals from the food plants they eat as caterpillars.

Also, one of the examples among the coevolution examples in plants is, many birds that eat fruits, especially in the tropical rainforest are coevolving with the plants whose fruits they eat. Plants have evolved to facilitate dispersal, and the behavior and diets of the birds have responded to those changes.

Coevolution does not necessarily require the presence of antagonism. The interactions or characteristics within groups of unrelated species may converge to allow individual species to exploit valuable resources or enjoy increased protection.

Well, you know about the coevolution term, now let’s see some examples of coevolution between plants and animals in detail.

What Are The Examples Of Coevolution?

Here are some examples of coevolution are listed, which will tell your everything about coevolution. After reading the list, we will explore them individually. 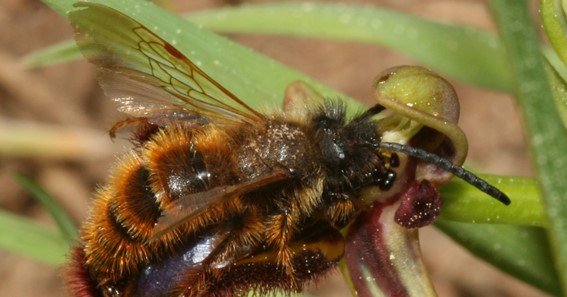 Predator-prey coevolution is one of the best examples of coevolution in animals. In this coevolution, there is a certain pressure on the prey to avoid capture and thus, the predator must evolve to become a more effective hunter. 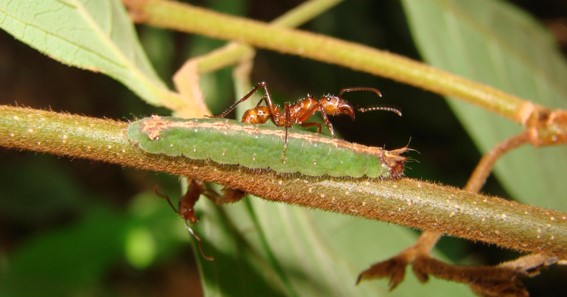 So, this example is different from the coevolution examples of predator and prey, as it happens in plants and herbivores animals. The lodgepole pine seeds, which both red squirrels and crossbills eat in various regions of the Rocky Mountains. Both herbivores have different tactics for extracting the seeds from the lodgepole pine cone.

Hence, the lodgepole pine is concurrently coevolving with both of these herbivore species. 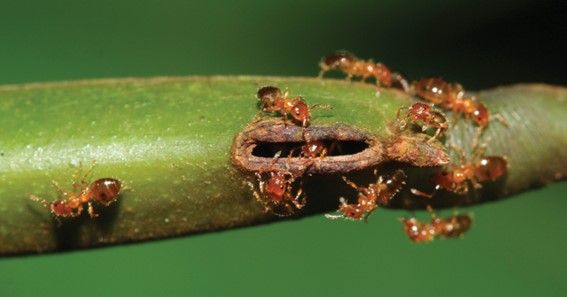 Examples of coevolution in the desert include the example of acacia ants and acacia coevolution. In this, the plant ants have coevolved to have a symbiotic relationship in which the ants provide the plant with protection against other potentially harming insects, as well as other plants which may compete for nutrients and sunlight. Therefore, this example of coevolution is not characteristic of an arms race, but one which provides a mutual benefit to both a plant species and an insect.

In return, plants provide the ants with shelter and essential nutrients for the ants and their growing larvae.

4. Marine Plants And Their Herbivores Coevolution 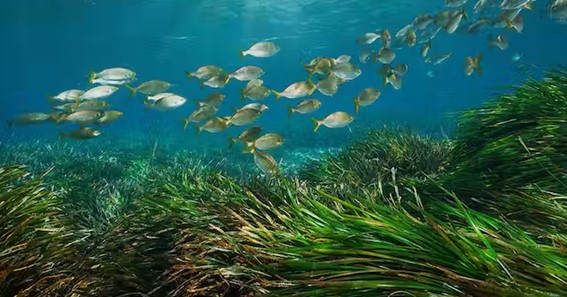 This is one of the great examples of coevolution in the ocean, which the pollinators like birds, honey bees, and flying insects, can not reach. And you all know that in plant reproduction pollinators are an essential factor to carry pollen grain from male plant to female plant.

Also, there is no air below the water to carry pollen grains. So, to overcome this problem, the sea plants evolved by offering pleasant smells and sweet food to the pollinators. The relationship between flowering plants and pollinators is very strong and they both have a need for each other to live a life. The pollinators like honeybees, birds, butterflies, etc have developed specialized adaptations for extracting nectar and pollen from plants.

Flowers attract various pollinators by offering food and a very good smell. And in return, the pollinator carries the pollen gained from the male plant to the female plant to generate fruit. The process is called pollination.

There are no pollinators, so, no plants can generate fruits and there will be no seeds leading to the extinction of plant species. Therefore, to attract more pollinators flowering plants have evolved.

What Are 3 Examples Of Coevolution?

What Is Coevolution Give Two Examples?

Summary. Coevolution occurs when species evolve together. Coevolution often happens in species that have symbiotic relationships. Examples include flowering plants and their pollinators.

Which Are Good Examples Of Coevolution In Plants?

One common and easily observable example is between bees and flowers. Bees depend on flowers for food, and flowers depend on the bees to pollinate them. Essentially, the bee allows some plants to reproduce.

Are Dogs An Example Of Coevolution?

Sometime during their evolution, after they and the wolves parted ways, dogs began a coevolutionary journey with humans. The two species share a remarkable degree of social tolerance and flexibility.