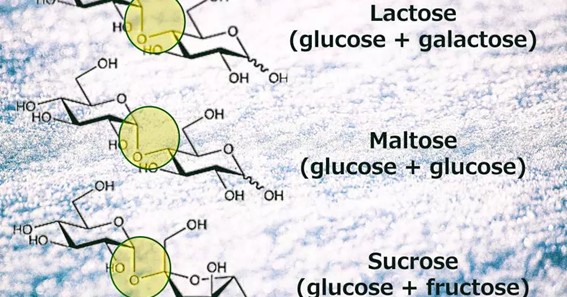 What Are The Disaccharides?

Disaccharides, also popularly known as double sugar, are a molecule formed by two monomers called monosaccharides, or simple sugars. The structure of disaccharides contains 12 carbon atoms, and their chemical formula is C12H22O11. Mainly, disaccharides are formed through dehydration reactions in which a total of one water molecule is removed from the two monosaccharides.

The popular name for the disaccharide is carbohydrates are found in many foods and are often added as sweeteners. The function of disaccharides is to provide energy to the body.

For instance, sucrose is table sugar, and it is the most common disaccharide that humans eat. The human body can not directly digest the disaccharides, so, they need to break them down into their simple sugars. 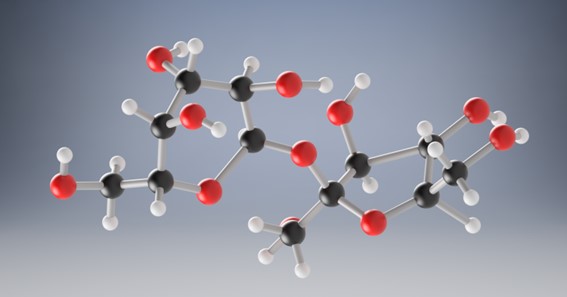 Sucrose is a disaccharide and you might have heard of sucrose because it is a table sugar in its refined form, and is a disaccharide found in many plants. It is one of the food examples of disaccharides. The monomers of sucrose are glucose and fructose and it is a very important component in the human diet as a sweetener. If you are sucrose intolerant you must limit sucrose as much as possible, and you may have to take supplements or medications. 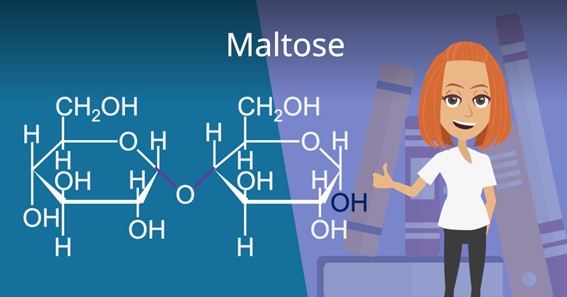 Maltose is another main example of a disaccharide, which is made of two glucose molecules. Maltose disaccharide is formed when grain softens and grows in water, and it is a component of beer, starchy foods such as cereal, potatoes, pasta, beetroot, and many sweetened processed foods. In plants, maltose is formed when starch is broken down for food. It is used by germinating seeds in order to grow. It is also one of the examples of disaccharides foods. 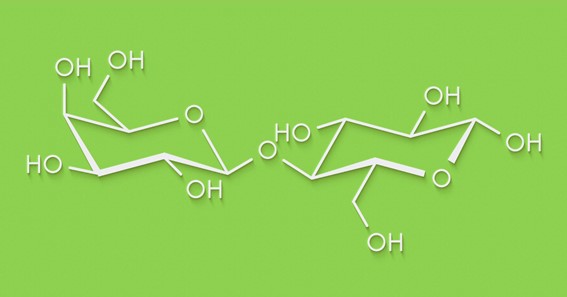 Lactose means milk sugar and is formed from galactose and glucose. The milk of mammals is high in lactose and provides nutrients for infants. Most mammals can only digest lactose as infants, and lose this ability as they mature. Humans can digest lactose in their adulthood, it is because of the mutation that allows them to do so. 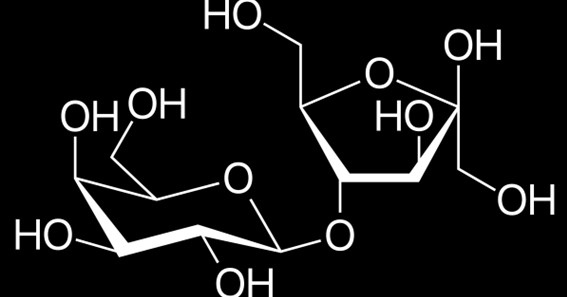 The monomers of lactulose are fructose and galactose. Lactulose can be used to treat constipation and liver disease and may also be used to test for the overgrowth of bacteria in the small intestine. Some countries use it in food, but this is not allowed in the US because it is considered a pharmaceutical that could potentially harm diabetics. 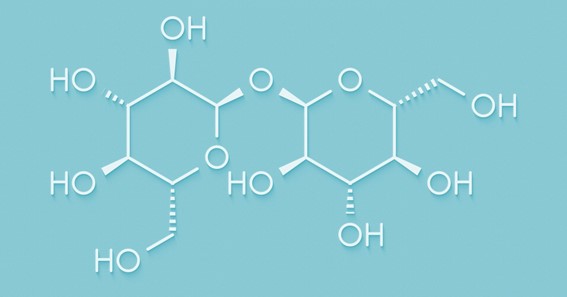 Trehalose is also an important disaccharide example and it is made from the molecules like maltose, which is a molecule of glucose. It is found in certain plants, fungi, and animals like shrimp and insects. The blood sugar of many insects, such as bees, grasshoppers, and butterflies, is made up of trehalose. They use it as an efficient storage molecule that provides rapid energy for a flight when broken down.

Like maltose and trehalose, cellobiose is also made from the two glucose molecules, but they are linked in yet another different way. It is found made of cellulose, and the main component of plant cell walls is hydrolyzed. Cellobiose is used in bacteriology, the study of bacteria, to perform chemical analyses. 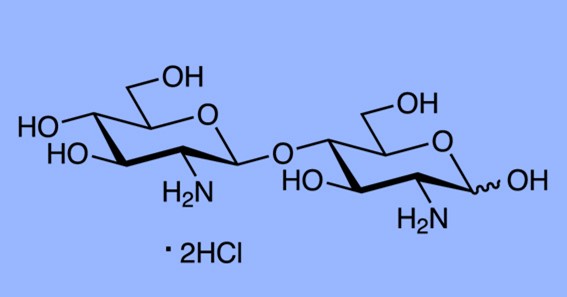 Disaccharide chitobiose consists of two linked glucosamine molecules. Structurally, it is very similar to cellobiose except that it has an N-acetylamino group whereas cellobiose has a hydroxyl group. It is found in some bacteria and used in biochemistry research in order to study enzyme activities. 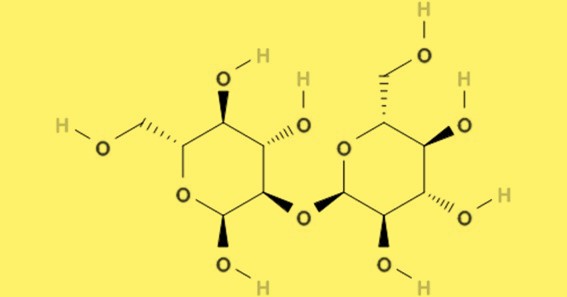 Kojibiose is a rare example of a disaccharide, it is a rare sugar, which is present in low sake and koji extracts, honey, and beer. Kojibiose is also found in the human gut as a part of the ‘intracellular’ teichoic acids in Gram-positive bacteria such as streptococci. 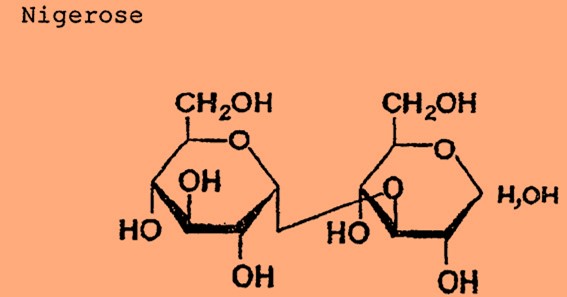 Nigerose disaccharide also known as sakebiose, is an unfermentable sugar obtained by partial hydrolysis of nigerose, a polysaccharide found in black mold, but is also readily extracted from dextrans found in rice molds and many other fermenting microorganisms like L. mesenteroides. 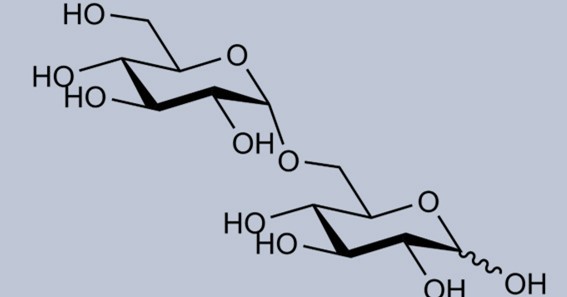 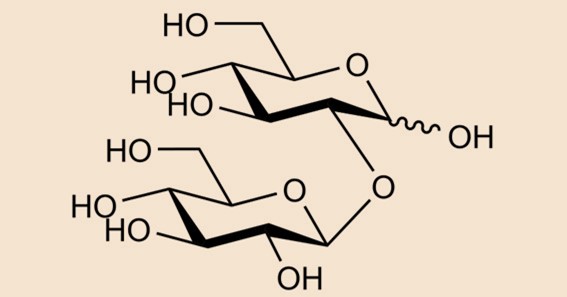 Laminaribiose is a great example of a disaccharide and is commonly used in the agricultural field and as an antiseptic. It is in general obtained by hydrolysis or by acetolysis of natural polysaccharides of plant origin. It is also a product of the caramelization of glucose.

What Are Disaccharides And Give 2 Examples?

What Are The 3 Common Disaccharides?

Is Honey A Disaccharide?

Honey is composed primarily of the simple sugars glucose and fructose – known as monosaccharides and a further 17% to 20% of water. Honey also contains other types of sugars such as sucrose (which is a disaccharide composed of fructose and glucose linked together through α-1–4 linkage).

Is Starch A Disaccharide?