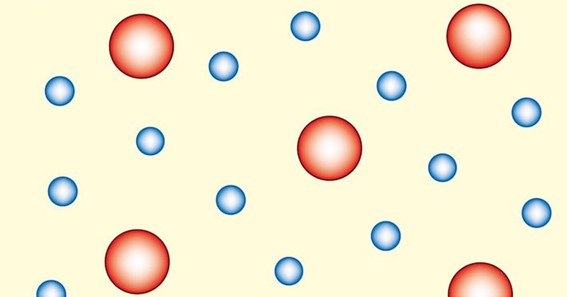 What Are The Examples Of Passive Transport?

What Is Passive Transport?

Well, passive transport is not a very complex process, but it is a very essential process in plants. You may know that there is gravity that attracts everything towards itself. Then how the plants carry water from the soil to their leaves. Plant violates the law of gravity and carries water to make food by photosynthesis. It is due to the process of osmosis.

The cell membrane in the plant is composed of lipids, proteins, carbohydrates, and sterols that interact with each other to facilitate hydrophilic transmembranes. One cell absorbs water and its area increases, leading to insert pressure on the neighboring cells. Due to increased pressure water gets transferred to the next cell and the process continues until the water reaches the leaves.

What Are Examples Of Passive Transport?

In the simple diffusion process of passive transportation, molecules or solute particles move in random Brownian motion. And, the flux across the membrane can be calculated using an equation proposed by Torrell in 1953. Which is, Flux = Mobility x Concentration x Driving Force.

Simple diffusion occurs only in liquids and gases because of the random movements of their particles from one place to another. Examples of molecules transported by simple diffusion include oxygen, carbon dioxide, and ethanol. It is also used to carry water and nutrients in prokaryotes like bacteria.

Facilitated diffusion is one examples of passive transport in a cell. In facilitated diffusion, some molecules, such as carbon dioxide and oxygen, can diffuse across the plasma membrane directly, but others need help to cross its hydrophobic core. The molecules diffuse across the plasma membrane with the help of membrane proteins, such as channels and carriers.

A concentration gradient exists for these molecules, so they have the potential to diffuse out of or into the cell by moving down it. Well, because they are charged or polar, they can not cross the phospholipid part of the membrane without help. The facilitated passive transportation process carries the proteins shield from the hydrophobic core of the membrane, providing a route by which they can cross. Two main types of facilitated diffusion are channels and carrier proteins.

What is filtration in passive transport? Filtration passive transportation is the process of isolating solids from liquids and gases. It does not require energy expenditure and takes place along the concentration gradient. Examples of filtration include the selective absorption of nutrients in the human body. In the kidney, the glomerulus filters the blood, and the body reabsorbs the necessary molecules. Filtration is involved in the transfer of certain molecules across biological membranes based on concentration gradient and without any energy expenditure.

Osmosis is one of the very important passive transport examples, you might have heard of it. It is the process of transporting solvent molecules from an area of high water potential to lower water potential through a selectively permeable membrane. All types of gases and supercritical liquids like CO2 can cross the membrane or any other system through the process of osmosis.

You know, the water in the oceans is very salty. But, the interesting thing is that, by using reverse osmosis, you can filter this water and make it drinkable. You may have RO in your home for water filtration, it also uses the process of reverse osmosis.

What Is A Good Example Of Passive Transport?

What Are 2 Passive Transport?

What Is The Simplest Passive Transport?

So, diffusion is a type of passive transport as particles move down their concentration gradient. Passive diffusion is the simplest pathway for molecules to cross the plasma membrane.

What Is Passive Transport In A Cell?