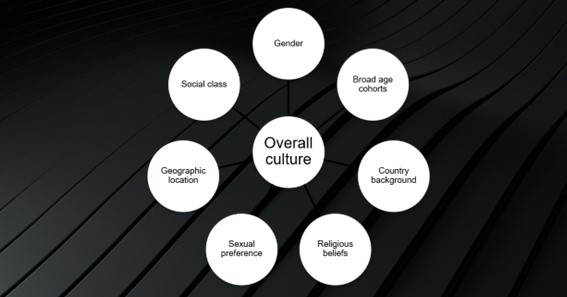 What Are The Examples Of Subcultures?

Do you know any examples of subcultures? If you have not, you should read this article. We are living in a society where everyone has different beliefs, traditions, values, fashions, etc. The term ‘subculture’ is related to the people in the society who carry different values from the society at large. One of the main things about subcultures is that they are constantly changing and new subcultures are emerging all of the time. Research is ongoing as new subcultures are developed all of the time. Therefore, sociologists do not have a concrete definition of subculture. Instead of further discussion let’s get started and have a look at the examples of subcultures.

Subculture means a group of large numbers of people who adhere to different values from society. Members within the groups of a subculture typically have shared beliefs, values, rituals, and traditions that draw them to and are arranged by their subculture.

A subculture forms when a group of people with similar cultures differentiate themselves from the parent culture to which it belongs. But, they also maintain some of the parent culture’s founding principles. These people have a common set of experiences or values that differ from those of dominating culture.

What Are The Examples Of Subcultures?

The examples of subcultures are several but it is not often you see them in dominant mass media discourse. But, when you see them they are often shown in stereotypical ways. So, scroll down to read and understand subcultures’ examples. Hippies are one of the examples of youth subcultures and it was formed during the 1960s and 1970s. Hippies are sometimes also scribed as a hippy. The movement of the hippies started on a college campus in the United States, and it spread to other countries, including Britain and Canada. Hipster is an important example among the examples of subcultures in America. It was a subculture in the 1940s, but later on, it made a resurgence in the early 21st century. It falls under counter-culture fashion with wearing clothes and styling ironically. Big glasses, twirled mustaches, full beards, bicycles, and skinny jeans are common in this subculture. Goths are a very important subculture which is one among the various examples of subcultures in Sociology. In Gothic subcultures, the group members embrace post-punk Gothic rock from bands like Bauhaus and Joy Division. Their fashion such as dark eyeliner, pale face blush, all-black clothing with black nail polish, and androgynous dress. The Goths subculture was started in the UK in the 1980s. K-pop is a short form of ‘Korean Pop’, it was a subculture that became a prevalent cultural identification among Korean youth, and its influence is global. Hip-hop music and upbeat pop, its most world-wide recognizable song is Gangnam Style. Modern cultures have an important place for the bogan subculture which originated in Australia and New Zealand. It means, for a person whose speech, attitude, behaviors, and clothing are considered undefined or unsophisticated. The cosplayers subculture is a subculture group of nerds and geeks who gather in dress-up costumes that mimic their favorite comic book, film characters, and cartoons. It generally stands for costume play and is a performance art where the participants are called ‘Cosplayers’. Cosplay events including Comicon are global annual celebrations of this subculture. Like hipsters, hackers are also examples among examples of subcultures in the USA. They are a very interesting and highly media subculture built around accessing hidden corners of the internet and suppressed online data. Hackers embark on ‘Hackathons’ at which they work combined on multi-hour sprints to develop ways to hack into networks. A new age is often characterized by a holistic understanding of divinity and belief in the ability to communicate with angels and the afterlife. It is similar to pantheism. New age subculture was introduced as a spiritual and religious subculture in the 1970s. Steampunk subculture is connected with fashion, art, and literature that is retrofuturistic. The fashion combines Victorian and industrial era iconographies such as gears and steam-powered machinery with futuristic science fiction. The graffiti artists’ subculture is an underground counterculture with electric members. Mainly, it is composed of youth, their members are alienated from the large society, they engage in criminal activities, and they are labeled by law enforcement and the larger culture as ‘deviant’. 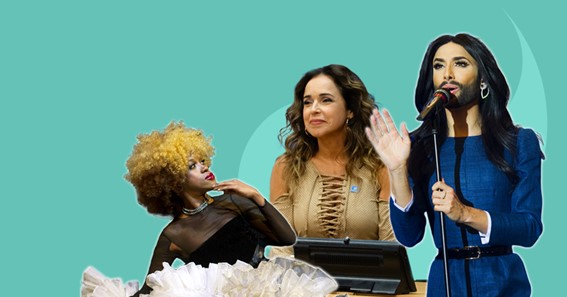 LGBTQI and ‘queer culture’ in which the individuals with non-heteronormative sexuality. It includes, gay, bisexual, lesbian, transgender, queer, intersex, questioning, and 2-Spirit sexualities are central to the movement. This subculture has gained important legitimacy and recognition in law in recent years. Skaters subcultures include skateboarders, a sub-cultural group who gather around the love of the sport of skateboarding. It grew spontaneously in the second half of the 20th Century and was particularly strong in the 1980s. There are two overlapping sub-groups namely vert and street. Mods subculture was a British subculture that generated its name between the 1950s and 1960s because it coalesced around modern jazz music. Mods stand for modernists. It is an aspirational subculture of young men and women who dressed smartly and beautifully.

Now, you have an idea about what are examples of subcultures.

What Are The Three Types Of Subcultures?

What Is A Subculture Explain With The Help Of An Example?

A subculture is a group of people within a larger culture, such as a country, who have something in common. They might share religious or political beliefs or be science fiction fans, for example.

What Are Examples Of Subcultures In Organizations?

Subcultures might form based on tenure, legacy groups (like acquired companies), geographic locations, or hierarchy. For example, your marketing department is a collection of individuals who have similar experiences, training, and values, and are likely to develop working practices that bring out the best in them.

How Many Subcultures Are There?

Subcultures include groups that have cultural patterns that set apart some segment of society. Cloward and Ohlin argued that there are three different types of deviant subcultures that young people might enter into: criminal subcultures, conflict subcultures and retreatist subcultures.

In this article, you have learned what are some examples of subcultures. There are so many subcultures that exist on the Earth and many are unknown to researchers. Above we have mentioned some highly influential and popular subcultures of the past 100 years. It is quite interesting to note that each subculture is a renewal and re-imagining of a previous subculture, where new energy creates a new outlet for personal expression. So, we are stopping here. In the future, more subcultures may get added to the list, and the list of examples of subcultures going to be endless.